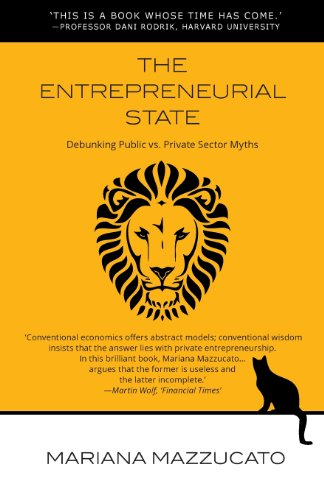 Yes, innovation depends on bold entrepreneurship. But the entity that takes the boldest risks and achieves the biggest breakthroughs is not the private sector; it is the much-maligned state.

Mazzucato notes that “75 per cent of the new molecular entities [approved by the Food and Drug Administration between 1993 and 2004] trace their research … to publicly funded National Institutes of Health (NIH) labs in the US”. The UK’s Medical Research Council discovered monoclonal antibodies, which are the foundation of biotechnology. Such discoveries are then handed cheaply to private companies that reap huge profits.

A perhaps even more potent example is the information and communications revolution. The US National Science Foundation funded the algorithm that drove Google’s search engine. Early funding for Apple came from the US government’s Small Business Investment Company. Moreover, “All the technologies which make the iPhone ‘smart’ are also state-funded … the internet, wireless networks, the global positioning system, microelectronics, touchscreen displays and the latest voice-activated SIRI personal assistant.” Apple put this together, brilliantly. But it was gathering the fruit of seven decades of state-supported innovation.